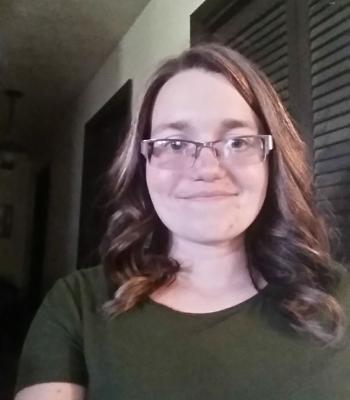 April 22nd 2021 that date is clear in my head because that is the day that I had a doctor tell me “you have been sick for too long, we are going to figure this out." I had been sick for 12 years at this point and had been fighting for answers for almost as long. It didn’t matter what I said, how bad I felt, or who I brought with me - every other doctor had blown me off. But this new doctor was different. He listened to me, included me in my care, and most importantly believed me.

I was 16 when I first started experiencing symptoms. It started with being weak and dizzy and as time went on the symptoms got worse and I began passing out and having chest pain. I was 16 and I didn’t know what to do. So at first I told a friend and as time went on I told my parents. At the time I was still seeing an adolescent medicine specialist through my pediatrician’s office and I was 16 so there was no reason to believe me. That first visit I wasn’t experiencing any symptoms so when my blood pressure and heart rate were high they equated it to nerves. But that wouldn’t be the last time I ended up in that office for the same problem. Once again I was blown off told I had anxiety and that I needed to learn to deal with it.

The next doctor I saw once again wasn’t up to me. One thing I hated about being sick as a teenager was that you have no say in the doctors you see, because as a minor your parents make your medical decisions. So my mom had talked to the doctor at the pediatrician’s office and her doctor and they both said a gynecologist could help with anxiety. So at 17 I went to a gynecologist who didn’t listen to anything I had to say and put me on birth control because my problem was anxiety that was made worse by being on my cycle. That was the first time that me being sick was blamed on me being a female. The worst part was that the gynecologist was a female. That is something I still do not understand to this day, because usually its male doctors who blame issues like this on you being female.

So fast forward to 2014; I’m 21 at this point and I’m in college struggling every day to function like a normal college student. I had seen several different doctors at this point some in offices and some in ERs. It had been 5 years since I first saw a doctor about this and I had seen a few more doctors who didn’t listen, who told me it was anxiety or all in my head, and a few who tried to tell me that passing out is normal so there was no need for the ambulance ride or the ER. While some did run tests, nothing conclusive came back until that July. I was severely anemic. So finally I had a diagnosis and all I had to do was take iron supplements and I would be back to normal. Or so the doctor told me. I was in complete shock when it wasn’t a cure even though my iron levels had improved. That was the first time I ‘suited’ up for battle. I came prepared with all my records and even some of my own research. But to my surprise, that just resulted in the doctor telling me “you’re a hypochondriac, you are so desperate to be sick you are trying to convince yourself that you are”. But that doctor didn’t stop me from fighting for myself. I knew something was wrong and at this point I wasn’t taking it anymore.

January 2016 I’m out of college and preparing to enter the real world when out of nowhere I start feeling like I did when I first got sick. Since I was back home I had to get a new doctor, so I just saw one that worked in the same office as my mom’s doctor did. He listened to me, told me “passing out is never normal”, and ran some tests. I was still anemic but not as bad as I was so I was told to continue iron supplements and watch my protein sources. Because he was able to help me, I continued to see him and an ENT he recommended for my dizziness. While the ENT didn’t help me, what was wrong with seeing the doctor who had helped me? It didn’t take much longer though until I realized this doctor was just as bad. He had been helping me and out of nowhere I went for a follow up visit and he kept telling me I needed to find ways to keep  my anxiety in check and that there was no I way I was possibly feeling that bad if I was able to make it to the office. That was the last time I ever saw him. By this point my medical trauma had gone so far that I decided to find ways to treat my issues myself. I found a holistic nutritionist and I started looking into chemical sensitivities and even holistic doctors couldn't help me. So for a while I just played around with my diet until I found something that worked. 2017 was the last time I saw any doctor outside of the ER until 2021.

February 2021. It wasn’t new to me anymore at this point. So one morning when I woke up for work and wasn’t feeling well I didn’t think anything of it. I went on like I normally did, but this time wasn’t like every other time. I didn’t started feeling better on my own and I continued to get worse until I had no choice but to find another doctor. It was April by this point and my friends had been telling me about this doctor for years so I finally made the call and got the appointment. It took until April 22nd but it was worth it. He started with an exam and some blood work and told me we would go from there. The next day I had results, I wasn’t anemic but it also didn’t show anything else. By April 30th I had found myself fainting and by May 7th I was back at the doctor’s office they ordered a 24 hour holter monitor and thought that would give some answers. It showed something but it wasn’t conclusive so by the end of May I was once again back at doctor for fainting once again. This time the doctor ordered an echocardiogram, more blood work, and referred me to the cardiologist. This was also the first time I really understood what a doctor who really cared about his patients would do to help them find answers.

The first cardiologist was little help he ordered more tests but ultimately said he thought it was anxiety. So I decided to see a neurologist and put in for a second opinion with a new cardiologist. The neurologist and the second cardiologist is what got me the diagnosis I needed. The neurologist ruled everything out on her end and said go back to cardiology and your PCP. In October I saw the new cardiologist and with all the test results he decided to do a poor man’s tilt table because the hospital I go through doesn’t have a tilt table. But within minutes he knew I had POTS but he didn’t want to officially say anything until I tried some medication to see if it worked. When it did make me feel better, my PCP told me I had POTS. That’s all I had been fighting for all these years a doctor who believed me and would help me get the correct diagnosis.

It took 12 years of fighting for myself and listening to some friends to find the doctor I needed to see but in the end I got my POTS diagnosis. While I wish it wouldn’t have taken so long I wouldn’t trade my POTS story. It has taught me a lot about myself, the people I choose to surround myself with, and the medical community. In the end I hope my story can encourage or help someone else going through this journey. No matter what you are told your symptoms are real and don’t let anyone tell you any different. You know your body better than anyone else. And if you have to see multiple doctors or take alternative routes to get there do it, it might seem like a waste of time in the beginning but in the end it is so worth it. 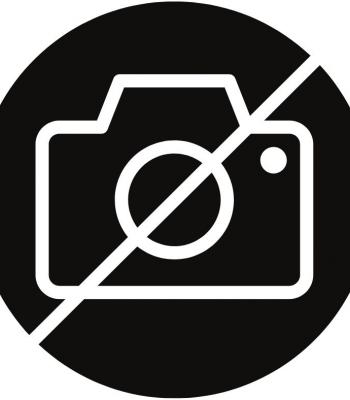 My Long and Sordid Tale 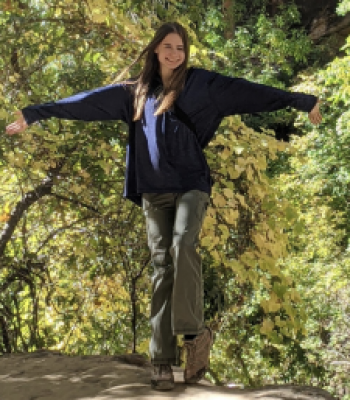 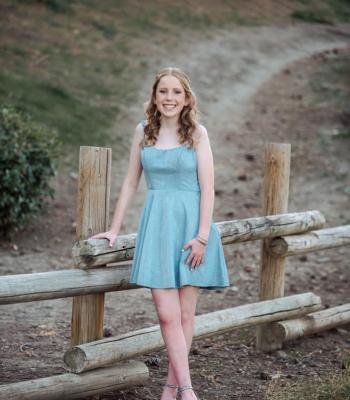 Empowered by the Diagnosis