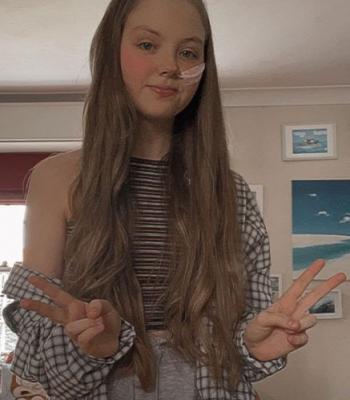 My Fight with POTS

I was diagnosed with POTS last April. I had started with worse symptoms in February although I’ve had mild symptoms since December of 2019 for quite some time. Before the symptoms got really bad, I would get slightly dizzy when standing up.  I was constantly missing school due to always having really bad stomach pains and really heavy and irregular periods. When my symptoms got worse in February, I was throwing up a lot, getting really dizzy, when sitting/standing up my mind would go blank at least 3 times a day.

At first, I just thought it was my period as I was on it just before everything started up but when these symptoms didn’t clear up after over a week, we called my general practitioner and he ordered blood tests to test for anemia. My symptoms had gotten much worse, and I started missing school again as I could barely get out of bed. When my iron levels came back normal, my general practitioner referred me to a hospital to get checked out and have more scans done.

In March, I had an appointment at the hospital where they ordered more blood work, and everything came back normal so the doctors brushed it off and told me I was a hormonal teenager and discharged me from their care. In early April, we went back to my general practitioner, and he told us that he had diagnosed another person with POTS that year, but it was an adult and POTS wasn’t very common in teenagers under 15 (I was 13 at the time) but he was willing to try and help me get tested. He referred me back to the hospital and explained what was going on and how he wanted me tested for POTS so mid-April I went back to the hospital and once again was told I had anxiety and nothing else by the same doctor. Just before I left, another doctor came and tested my heart rate lying down sitting up and then standing up and it showed that my heart rate was raised significantly between lying down and sitting up and then sitting up and standing up and because of these results he told me that I have POTS, which was both relieving and extremely scary.

My general practitioner was told about the diagnosis, and he started trying to get me referred to a cardiologist/POTS specialist as one of the best in the country worked at my local hospital. A few months later, the specialist reached out to my general practitioner to get me put on some medication. He also sent me booklets about POTS and some resources of how to deal with it.

My symptoms worsened until late November last year when I ended up going into hospital with suspected appendicitis. I was mistreated in the hospital and left with nothing but paracetamol while being in excruciating pain. I was discharged and told to have a bath and use a heating pad and the pain would go away. It didn’t and I missed 3 weeks of school due to being in too much pain and being extremely nauseous after eating. Over time, I got used to the pain and got put on anti-nausea medication and went back to school. Everything was as normal as it could be until I had a really bad flare up back in March due to my period. The pain in my side and nausea came back 10x worse, and I couldn’t eat anything. When I did, I would just throw up. I went back into hospital and again was told that it was all psychological. Finally in April 2022, I got an appointment with the specialist, and he upped the dose of the medication and put me on more medication for my POTS which helped me a lot. In late April, I went into hospital for intravenous fluids and monitoring, and they wanted me to gain some weight as I had lost 7 kg. I was put on fortijuice drink supplements. They sent home after a week in the hospital.

Things started to get a bit better while I was on the supplements until I got COVID in late May and started not being able to keep the supplements down which ended up in me losing another 7 kg. I went into hospital at the very start of June and had a nasogastric feeding tube placed. This tube went straight into my stomach and caused immense pain and nausea, but did help me gain weight while I was in hospital and for 2 weeks after I was discharged. Again, my weight started to drop.  I lost 2 kg in less than 2 weeks and then another 2 kg in another 2 weeks. I had an endoscopy done which only showed slight irritation in my stomach and I was diagnosed with chronic gastritis. I spoke to both a surgeon and a gastroenterologist and they both said that I needed a nasojejunum tube that would bypass the stomach and go straight to my small intestines as my weight still wouldn’t stop dropping. I ended up dropping another 4 kg and so at the start of August I was admitted again they told me I was going to have intravenous fluids and they wanted to plan to have a nasojejunum tube placed which was good. The next day, I had a ward round doctor come and talk to me and he told me he’d spoken to my consultant and told her I didn’t need the nasojejunum placed that I had functional and anxiety pain. He was going to refer me to psychiatric care in which upset both me and my mum as we were finally getting somewhere, and it all got thrown away despite what the surgeons and gastroenterologists had said. That’s where I’m at now - I’m still fighting for nutrition and for my life back. 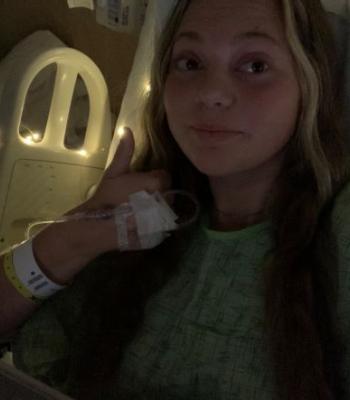 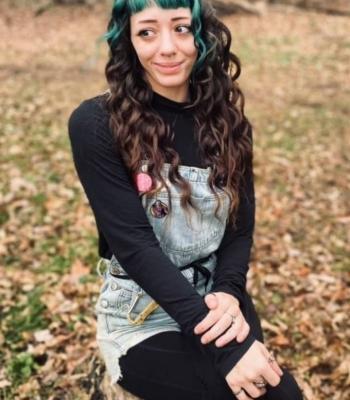 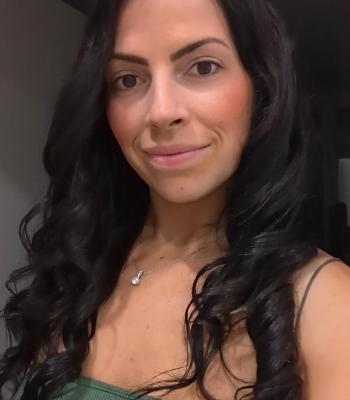 Developing POTS after pregnancy and COVID