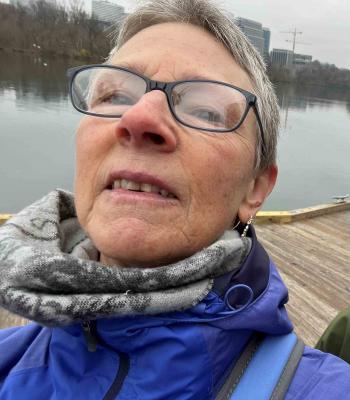 A Long Struggle to Find Answers

The POTScast has been such a tremendous help to me in trying to untangle the long list of symptoms that have been impacting my life over the last 30 years. Recently, I have become more hopeful about regaining some of my vigor and wanted to share some of my journey with you.

My issues began in my early 30s, with sudden, unexplained episodes of rotational vertigo, vague dizziness, and a kind of swimming sensation. These symptoms came and went, without a pattern that I could detect. They ranged from mild to severe, with the worst episodes landing me in the ER and lasting at full strength for as long as eight hours. The episodes were accompanied by a drastic rise in anxiety and followed by feelings of depression and despair. I often felt during the worst episodes that I no longer wanted to be alive.

These on-again, off-again symptoms lasted for about ten years, then were improved when an ENT I was seeing suggested that even very mild allergies could sometimes cause patterns like mine. Allergy skin testing produced a dozen or so mild reactions and when I eliminated those triggers from my diet my reactivity and symptoms declined dramatically. I sought treatment for the allergies through an acupressure and muscle reflex testing technique called NAET and successfully cleared the items I was reacting to. A neurologist I saw at that time diagnosed me with a superior semi-circular canal dehiscence and suggested that the combination of a breach in the integrity of my inner ear, coupled with episodes of allergy-driven inflammation might be triggering the vestibular symptoms.

When I developed chronic, debilitating neck pain during this time, I assumed it was due to stress and when weekly injections had no effect was prescribed Vioxx, which did help. When I saw a naturopathic physician and she treated me for leaky gut, the neck pain resolved and I no longer needed my prescription. This was my first clue that some of my problems were being caused by gut issues, despite the fact that I had no typical digestive symptoms.

I was feeling better but as time went on I continued to develop new allergies, recognizing them from the vestibular symptoms they caused, and treating them. Then, I suddenly found myself extremely ill, as if 90% of my blood had been drained from my body. It felt life-threatening. I took several weeks off from work but was not recovering any energy and finally came back to work half-time, taking two fifteen minute breaks during that 4-hour shift where I laid down on the cot I brought to work for that purpose. When a Western Blot test for Lyme came back with a positive band I moved forward with treatment for Lyme through an acupuncturist/herbalist. By that time, I was experiencing what I called ‘drop attacks’. These drop attacks came out of nowhere and would simply throw me to the ground. I would feel very tired and icky afterward, and scared by the fact that they could happen anywhere. I was crossing a street once when I was thrown down to the pavement, and once while cooking I crashed to the kitchen floor. My greatest fear was that it might happen while driving and that I would have no warning. Over the course of five years, my acupuncturist steadily improved my health. She resolved the drop attacks quickly with an herb used to treat ‘wind’ in traditional Chinese medicine (Tien ma). I used Samento and Banderol as my main herbal antibacterials, and was given an ever-evolving selection of herbs to manage symptoms. I continued to develop and treat new allergies. Once the Lyme was under good control, the allergy development calmed down.

Two years or so post-Lyme, and now back at work full-time,  I had several episodes of what I assumed were viral, flu-like infections, becoming very sick for two weeks at a time, and then maybe six months later fell into what I reasoned was a Lyme relapse but with a changing selection of symptoms (primarily joint pain). Eight months of herbal anti-microbials got the pain and fatigue under better control. At about this time I started having strange reactions to various foods. I wasn’t having vestibular problems, instead it seemed that sugar, vinegar, mustard, fried salty foods or nuts and sometimes no food at all were causing the inside of my mouth to swell and erupt with small to very large blood blisters that would then burst and cause mouth pain for a week or more. The swelling felt like it was extending down my throat and making it hard for me to breathe at night when I was prone. This was seriously disturbing my sleep. I tried to avoid all offending foods but still struggled with symptoms. I was evaluated for and diagnosed with mild to moderate sleep apnea at this time. I tried both a dental guard (which controlled symptoms to a degree, but inconsistently) and a C-pap device. In the end, neither was a tolerable or really effective solution for me.

Then COVID hit and at the peak of the first wave I became very ill with COVID-like symptoms (but tested negative twice) along with massive allergy symptoms triggered by the repainting of both my home and office at the same time. Now I was experiencing poor autonomic regulation of heart beat, body temperature and sleep, exercise intolerance, massive fatigue, head, neck and spine pain, shortness of breath, reactive airway, brain fog, itchy rash, internal tremor, histamine intolerance, and mental confusion. And I could not get better.

Many of the interventions I tried in an attempt to improve things, exacerbated my symptoms. PT exercises recommended by a long-COVID clinic greatly increased my pain while further destabilizing my pulse, as did the brain rehab exercises recommended by a Chiropractic Neurologist after my week with him. I retired from my job in order to give myself more favorable conditions for improving my health. I went on a low-histamine diet and was encouraged by the drop in my head, neck and spine pain. On suspicion of dysautonomia (later confirmed by my cardiologist) I modified my activities to mostly avoid the standing ones and started taking very gentle bike rides which were seated and did not stress my system in the same way. I conditioned myself with the bike riding, then began to build up my tolerance for walking, gradually building up the length of those excursions. Some of my symptoms resolved with time, including the breathing difficulties, the rash, and the feeling that it hurt to use my brain. My pulse reactivity, poor stamina, poor control of sleep and body temperature, and episodic head, neck and eye pain remained. A re-evaluation for allergies during this period showed reactions to more than a hundred items, which I slowly and systematically had treated.

The allergies seemed to me to scream gut problems and I wondered if SIBO might be underlying their development. Breath testing confirmed this but radical dietary modifications and a course of John’s-Hopkins validated herbal treatment did not alter my results. I wondered if my five abdominal surgeries and the adhesions they caused might be creating an environment in my gut that favored gut dysbiosis by restricting the normal movement of my intestines. I sought help from a practitioner of myofascial release, with the goal of improving movement in my abdomen. After several visits she referred me to a PT who does manual manipulation because she found mechanical restrictions that she felt needed to be addressed.

My first real feelings of hope that I might be released from the prison of a painful body came from seeing this practitioner of manual manipulation. My first session with him permanently reduced my pain by half, and he continues to chip away at it with each monthly session. Maybe even more remarkably, he also practices auricular therapy, and used this technique to uncover a Babesia infection, together with intestinal parasites and two viral infections. The Babesia, which I now suspect was the actual cause of what seemed to be a Lyme relapse and recurring flu infections at the time, is responding well to treatment and in reading more about that infection I am hoping it may hold the key to understanding and resolving my histamine intolerance. In its co-opting of our immune systems, Babesia apparently shifts our immune response from a Th-1 to a Th-2 response. That Th-2 response releases a lot of histamine that I’m hoping will fall as the infection resolves and with the additional supplementation of Ashwagandha, recommended by Stephen Buhner in his book on Babesia, for elegantly reversing this shift (to the detriment of the Babesia).

Since beginning work with my physical therapist, I am less reactive to exercise and have been able to begin a swimming program which is really helping my overall health. Previously, rebound pain would have prevented such efforts. I’m getting stronger. I’ve added in daily stretching.

I believe the final piece of this puzzle may rest with lectins, which I gave some closer attention following your podcast episode with Dr. Eduardo Beltran who spoke of the importance of his anti-inflammatory diet to vitamin D therapy. I followed up that program with the book The Plant Paradox, by Steven Gundry, for a deeper dive into lectins, the only part of Dr. Beltran’s dietary advice I was not already following. I don’t know if you are familiar with that book, but it spoke to me in part because of the environmental volunteer work I do which emphasizes native plants because of the long-standing symbiosis that exists between them and the animals and insects with which they co-evolved. The idea that grains and new world plants are ones humans have not been eating for long enough to have developed ways around their chemical defenses (their particular lectins), made perfect sense to me. I am hoping that by removing that last irritant to my digestive system I may finally create conditions for healing. I am also hoping that the dysautonomia might be the result of poor signaling within a gunked-up system and that it may resolve as the gut heals and can function normally.

All along this journey, your podcast, and the positive attitude that you always maintain, have encouraged me and supported me. For this, I am so grateful. The work that you do is so incredibly important to so many of us  My excitement at making progress is something I wanted to share, and not many people in my world are really capable of understanding, but I know you are. 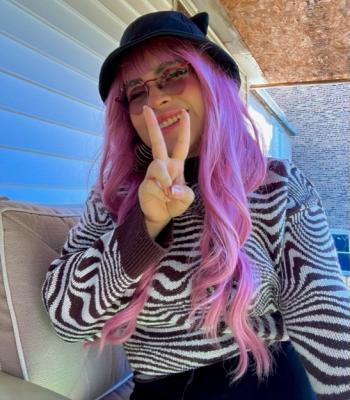 I Will Never Give Up on Myself: Getting POTS after COVID-19 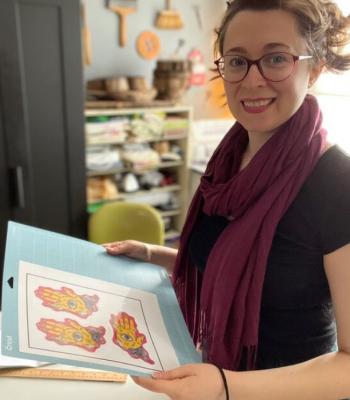 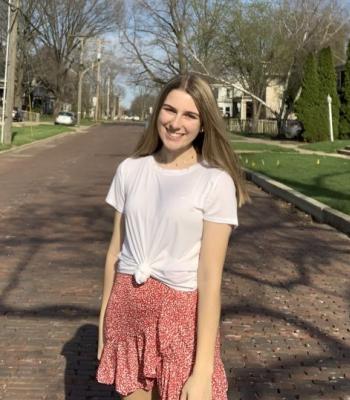 Journey to my POTS Diagnosis